Right now everyone knows that TikTok apps have been banned in India and TikTok had a lot of users in India and all of them will no longer be able to use TikTok apps, so many users now search alternatives apps of TikTok apps on the internet. Lived

And that’s why we have given information about Best TikTok Alternative apps here, which all the mentioned apps are exactly similar apps of TikTok which you can use in India.

Here we have given information about Total 4 apps which are TikTok Like apps and all these similar apps are made by 3 android apps from Developer of India and one app is made by Developer of New York.

So you can download it officially for free from Google Play Store and Apple App Store. 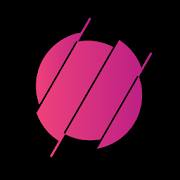 You can also call Triller Apps like TikTok, this app is made in New York City, it officially is written in New York address in the developer section of the Play Store, then this app is created by the same developer.

You can use it to create your own videos like TikTok and in this, you will get many filters and features that you can use while doing a video shoot. Friends, you will definitely get to see Roposo apps in the list of alternative apps of TikTok, because it is also made by developers of Gurgaon, Haryana, India and you can use it to make it a video.

You will get all the features that were in TikTok and if you become popular in this app, then you can get sponsorship through Company here and you can earn money from it too.

Apart from this, you also have the features of earning money in this app, which you can know by using it. 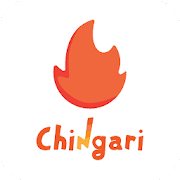 Chingari app is quite a new app and now it has become very popular after TikTok Ban in India and many people are liking it very much and it has been created by the developer of Bengaluru India, which you can see on the play store page developer section

If you become popular inside it too, then you can get sponsorship in this app here too, from which you can earn money from here too. The ShareChat app is also the same as TikTok and in it you will get to see the features of different ways in which you can share images with videos and many more, Emgar also has many people publish videos in it.

If you are looking for an app for Entertainment, then you will love ShareChat, you can definitely try it once.

All these apps are becoming more popular in India in a very short time, so this is the right time, you can be popular by using them, if you like this information and this article, then share it with thanks for reading